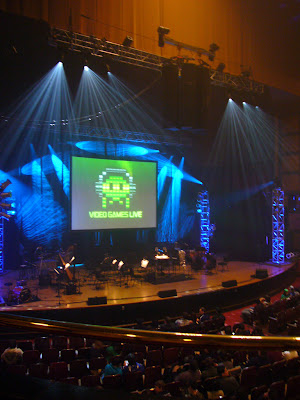 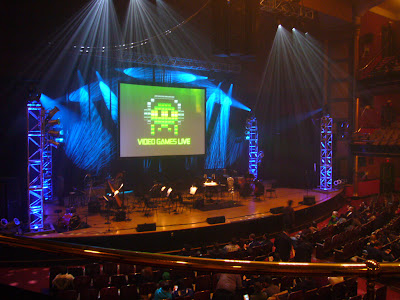 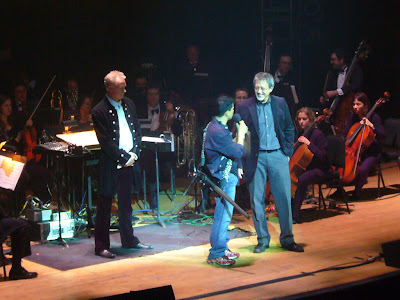 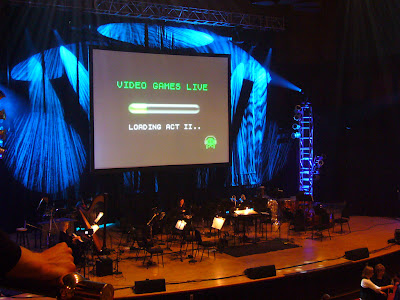 Holy crap! It's been nearly 2 months since my last post?! Yipes. Well, I have a couple of things that I have to post here soon, but first some pictures from the 2008 Video Games Live show!

I mentioned VGL to my girlfriend a couple of weeks before the show, and since my birthday was coming up shortly, she ended up buying 2 tickets for us. It was one of the cooler birthday presents that I can recall. The show itself was great...lots of laughs and familiar songs! It was a treat hearing Tommy Tallarico speak between songs, and possibly funnier than it should have been watching him play guitar. Apparently, he looks like I do when I play Guitar Hero at home.

The three guys in the third picture above are (left to right): Jack Wall, Tommy Tallarico, and Michael Salvatori, one of the composers of the Halo soundtrack. I was most excited to watch Jack Wall conduct, as I'm a big fan of the soundtrack to Myst III: Exile (still have to actually buy the Myst IV soundtrack). During the intermission they displayed a 'loading' screen, which you can see in the last picture above. It was a nice touch.

Anyway, I'll post some art up soon and try to get some video of the VGL show on here too.